Over the last few months, I’ve used multiple times a pattern to collect data and store it, without infrastructure. It comes handy when you need to build a dataset by running a script on a regular basis and saving things to a file. Often, I need to scrape data from a 3rd-party website (webpage, API etc.) on a regular basis (up to multiple times per hour) and store the resulting data over time in a tabular file.

If you’ve already infrastructure in place, typically a workflow management platform like Apache Airflow, I recommend using it instead. But if your need is relatively simple and isolated, you should consider this approach.

My pattern is to leverage Git and a continuous integration platform. The cloud version of this pattern is to use GitHub and GitHub Actions. The Git repository will hold your script to fetch and store the data, and you’ll also version your tabular file (fancy name for a CSV) in it. You’ll then schedule jobs on your favourite continuous integration platform to run this script, which will take care of computing data and storing it. After this, all you need to do is to git commit and git push to version your data over time in the Git repository.

From here, you have:

Now that you have your data in a Git repository, nothing prevents you from publishing it over HTTPS or building a simple read-only API based on your files. The most simple way to do this is to leverage GitHub Pages or you can use Netlify to serve a more advanced JSON API as I’ve written before.

If you’re interested in this pattern and want to look at how to get this running, I’ve made recently a repository doing exactly this. A Python script fetches data from a JSON endpoint and appends the data in a CSV file. What’s valuable is the resulting time series, if you run it often and for multiple weeks. Take a look at the repository, especially the GitHub Actions workflow and the Python script.

PS: Git may need be your best choice when storing large data files. In that case, take a look at DVC – Data Version Control. 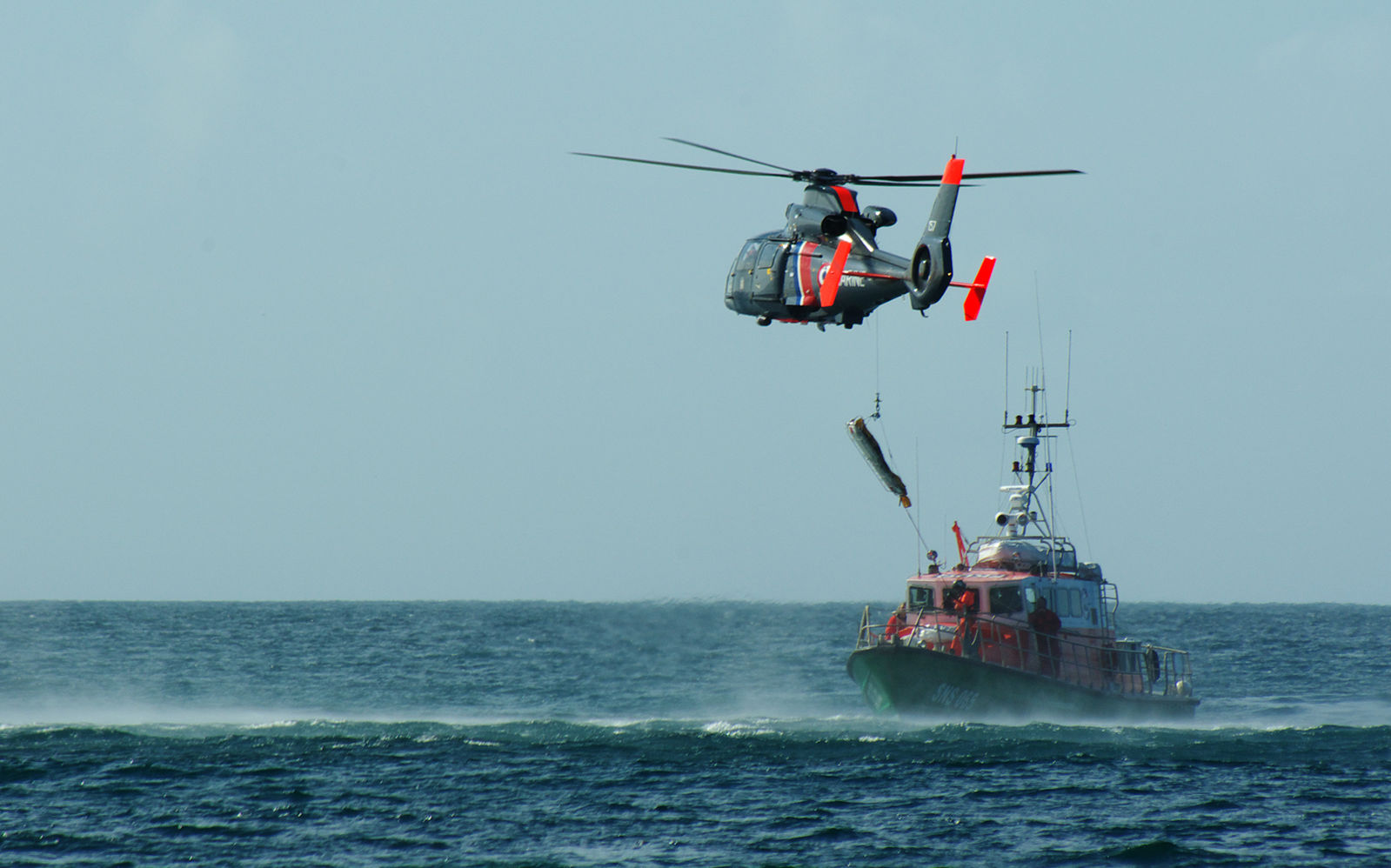 It’s quite a change after living for the last 4 years in Paris. We decided to move Manon and me, for multiple reasons:

But why Montréal? We didn’t want to stay in Europe, it was too close to France and we wanted to live further away. We went on holiday in the Québec province in 2017 during 3 weeks and we liked it a lot. It’s also an important city for machine learning. Finally, it has a vibrant international community and the Québec province is very close in term of culture and social benefits to France.

Moving to another countries involves a lot of planning and changes. I’ve tried to draft a list of pros/cons and goals.

I’m looking forward to being a proud canadian resident and enjoying our time here!

In 2019, I worked on a team where we had to keep an eye and help 15 projects, carried out by 2 or 3 people each, each one in a different government department, spread out in Paris. We were 3 doing this job, and these projects were part of the same cohort.

It was important for us to know what was going on, at least on a weekly basis, and everyone wanted to know what the others were up to. In corporate land, this need is called reporting, and it’s usually very cumbersome, ineffective and boring. We tried to do it differently and came up with a new process: we imagined and built a specific tool for this.

Bulletins is a weekly retrospective tool for multiple projects or teams. It lets people reflect on their past week with 4 questions which can be answered super quickly:

It’s asynchronous and transparent at its heart. All teams can fill their retrospective when they want through a simple web interface, as long as it’s before Friday 3 PM. On Fridays at 3 PM, everyone gets a weekly recap email with all filled retrospectives. The web interface lets everyone browse through previous retrospectives by week or by team. It comes with email and Slack integrations. 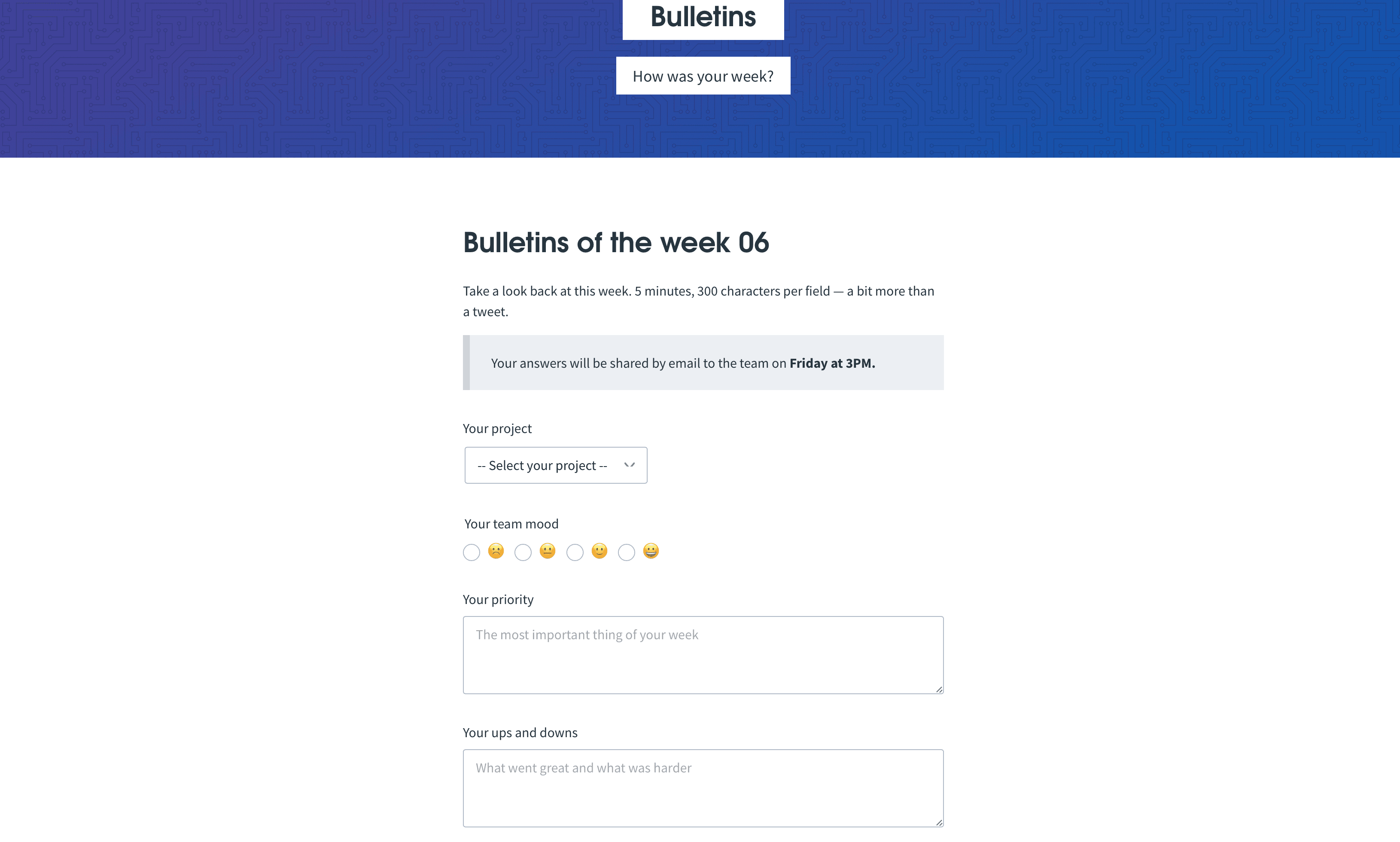 Filling out the weekly form 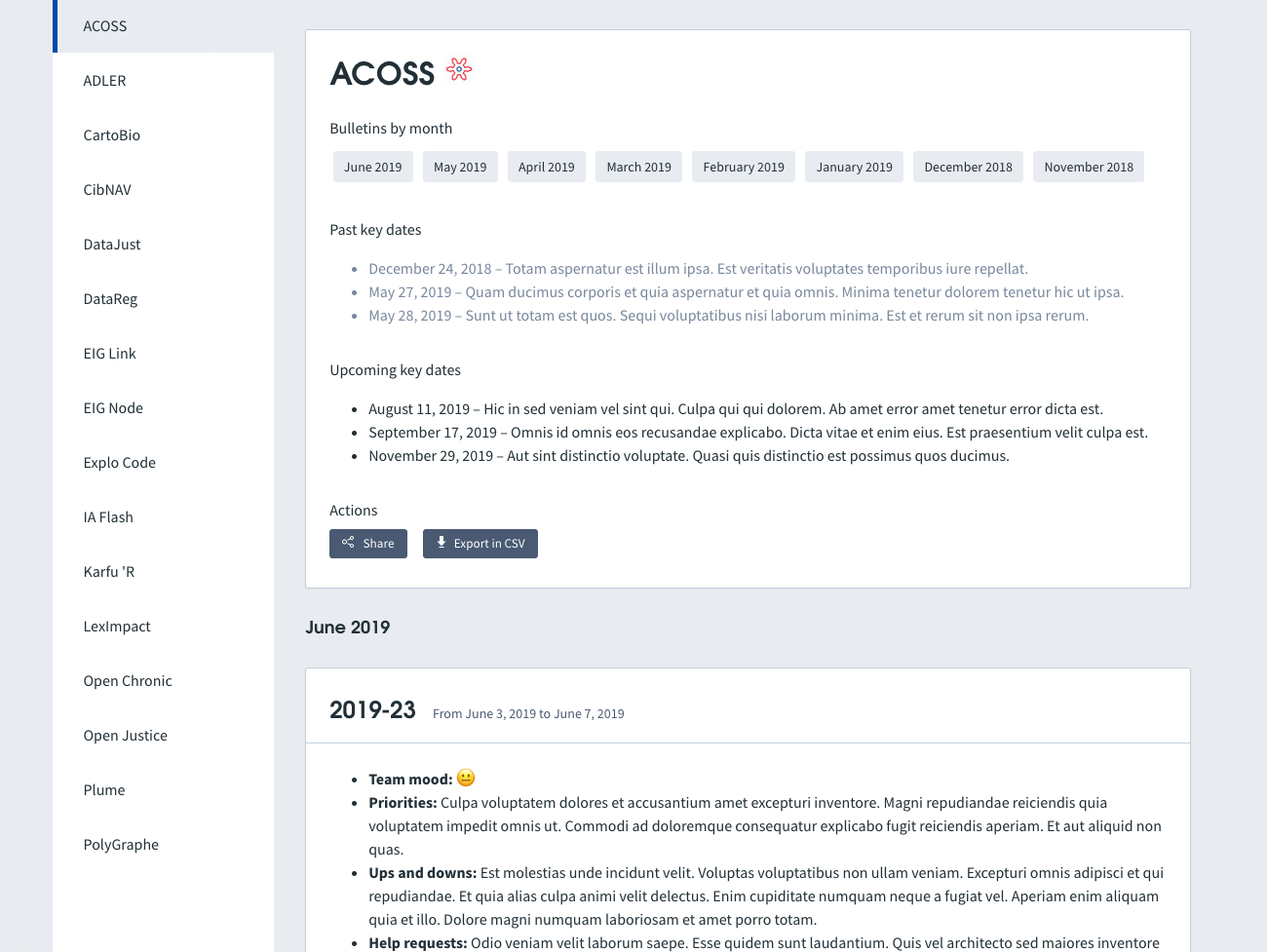 Browsing through previous bulletins by team

What tool is this

We imagined and built it. It’s a simple Laravel application, available as an open source software, released under the GNU Affero General Public License v3.0 (AGPL v3.0). The interface is translated in English and French.

There is an extensive documentation online, going through the various features, deployment, configuration and more details. It runs on a very light container: 50 Mo of RAM is enough.

I think this tool can be helpful for you. Weekly retrospectives are very common. If you’re interested by asynchronous workflows, owning your data, archiving it, sharing it with others, Bulletins is here for you.

I’d be happy to know if you’re using it. You can also get in touch with me if you’d like to deploy it at work and you’d like some help. 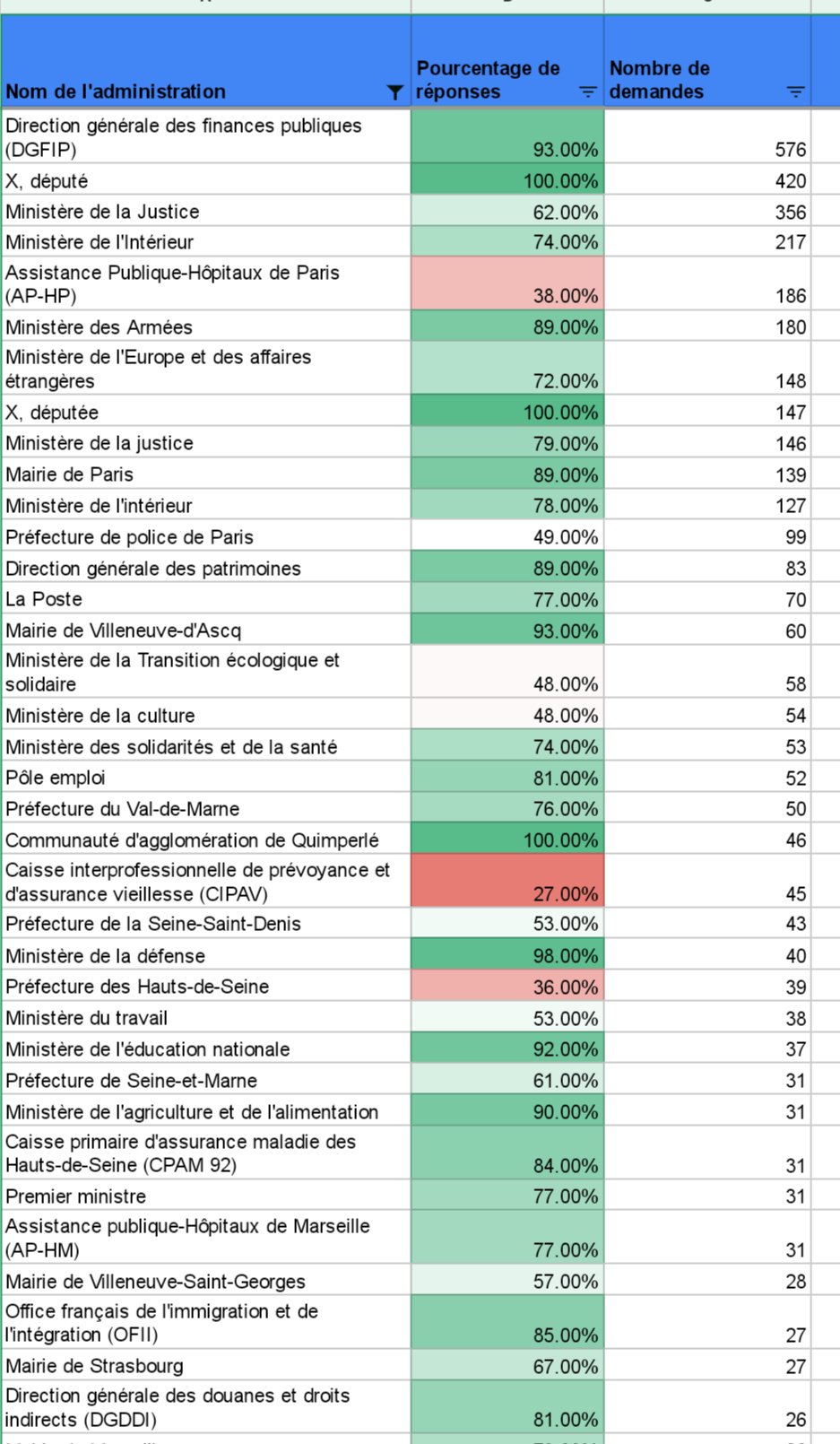